Who are your passwords protecting you against?

When it comes to passwords, we all deal with them somehow. We have to because passwords are just about everywhere these days.

Whether you have yours on a spreadsheet on your PC, or written on a piece of paper (or lots of little sticky pieces of yellow paper), or you have that one super password you use on every site, or you have a few favorite password. 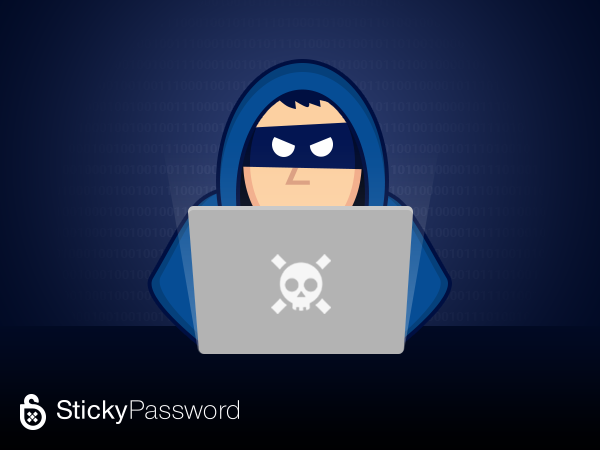 So, what’s the problem, different strokes for different folks, right? Actually, not really.

Security depends on personal habits and using tools to protect yourself from actual threats.

The stress is on using the tools, and using them correctly.

“I suppose it’s tempting, if the only tool you have is a hammer, to treat everything as if it were a nail.“

Abraham Maslow (you know, that guy who’s famous for his hierarchy of needs)

Not all dangers can be treated the same way. When it comes to your passwords, are you using the right tool for the job? Let’s take a look at some of the threats that people tell us they worry about.

All of the above are actual threats, but are ad hoc password methods in the opening paragraph going to protect you?

Think about it: it’s really hard to break into government and corporate websites and security systems, so, if you’re a bad guy, you’re going to go for all the little fish you can while trying to catch the once-in-lifetime corporate or government whale.

A password manager like Sticky Password is your best chance of protecting yourself from all these threats and more. You get the benefit of long-and-strong unique passwords for all of your accounts that security experts say is a key way that they protect themselves. And, a password manager gives you encrypted storage of not only your passwords, but even personal data like credit card info.

With auto form filling and anti-phishing protection, you’ll always enter the right login and password, and only on the correct website! That’s one less worry to have the next time you get a suspicious email from your bank that says “click here to enter your password because we’d like to check it!”

Awareness is a critical part of the learning process. Awareness is the ability to recognize the circumstances of a situation so that you know what to do. Awareness is like the deliberate practice that we’re familiar with in sports (muscle memory), cooking, self-defense and other areas of our lives. Awareness is that voice in the back of your head that raises a flag that something isn’t quite right. Awareness is being able to react reflexively when something’s wrong instead of having to think about it. We’re fans of StaySafeOnline.org and StopThinkConnect.org for all they do to raise awareness of #cybersecurity.

The team at StopThinkConnect.org hosted another #ChatSTC on the topic of Building Cyber Resilience in Critical Infrastructure.