The top 5 myths about PC slowdown

One of the most common and perplexing issues that confronts PC users of all types is why their computers seem to slow down noticeably after only a few years of use.

To answer this age-old question, people have come up with all kinds of explanations for the persistent problem of PC slowdown. Yet some of these explanations are little more than myths—backed up not by scientific proof and empirical evidence, but only hearsay and rumor. 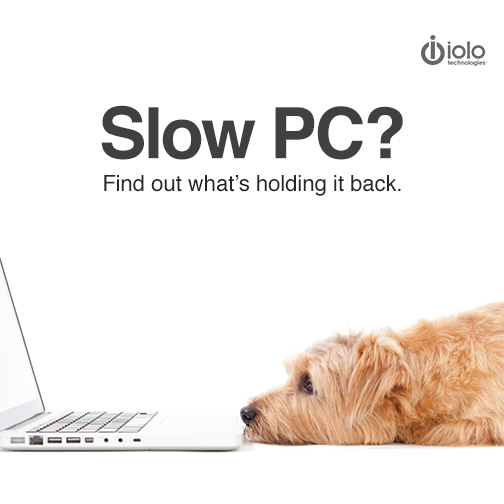 Find out the real culprit behind poor PC performance

While many of these myths are now so widespread that they might even seem like common sense, you should certainly stop to think twice when you hear these 5 commonly-held beliefs about PC slowdown—especially if you are considering an expensive repair or completely replacing your slow, under-performing machine.

Myth #1: PCs slow down because their hardware components wear out.

Fact: A computer’s hardware is built to last. It operates at exactly the same speed whether it’s brand new or many years old.

The idea that a PC’s performance suffers because its hardware “wears out” over time seems like a logical assumption to make, since this is certainly what happens to other kinds of machines —cars, lawnmowers, washing machines, and so on.

In the case of our PCs, however, it’s not the hardware components but the operating system and software that degrade over time due to regular computer use. In fact, the root causes of PC slowdown—including hard drive fragmentation, memory leaks, Windows Registry bloat, and more—can arise due to regular everyday activities like installing and uninstalling programs, device drivers, and Windows and software updates.

Luckily, there are steps you can take to prevent and even reverse software corruption and overall system slowdown. And contrary to the myth, unless you’ve physically damaged your PC (for example, by dropping it or spilling a liquid inside of it), your hardware should be working just as well as the day it was purchased—so with the proper software maintenance, your computer will run swiftly and smoothly for many years to come.

Myth #2: The only way to speed up a slow unstable PC is to wipe the hard drive and re-install Windows.

Fact: While performing a fresh install of the operating system is one way to get your PC to run faster, it is certainly not the only – or even the most efficient or effective – way to do it.

Although re-installing Windows does improve PC speed, it certainly isn’t the only, or even necessarily the best, way to achieve this end—mostly because it can be an incredibly long and time-consuming process. While re-installing Windows itself can be done in under 30 minutes, the process of copying, reloading and re-installing all of your programs, applications, and files can take many hours out of your day. Yet some PC “experts” recommend that you go through this process at least once a year!

As a preferred alternative, there are other, less drastic steps you can take to keep your PC in good shape and ensure that it continues to run at peak performance. Having a regular PC clean-up and maintenance routine is one of the best ways to noticeably improve your PC’s speed and stability without a total reinstall.

Windows 8 includes several nice enhancements that affect start-up time and program performance and can make your programs snappier and more responsive. And since it’s a relatively new operating system, you may have not yet noticed the gradual slowdown—but unfortunately, the speed of Windows 8 fades over time just like 7, Vista and XP do.

This isn’t to say that Windows 8 isn’t a fast and flexible operating system: it’s just not an invincible one. All operating systems are subject to patterns of gradual fragmentation, clutter, and corruption over time, and the newest version of Windows is subject to the same inevitable performance erosion.

Myth #4: New PCs run as fast as they ever will.

Fact: A brand new PC’s speed can be improved by up to 25% by reconfiguring and optimizing system settings, removing unnecessary start-up items, and re-aligning program files dislodged by Windows updates and disk defragmenters.

There’s nothing quite like a new PC—they’re swift, speedy, and usually a significant improvement over the old machine from which you’ve just upgraded. But just because a new PC’s speed may seem dazzling at first, that doesn’t mean that it is necessarily working at its full potential.

All new PCs come out of the box set to standard factory settings. However, these settings are usually not optimized for your internet connection, or for the kinds of programs and applications that you use most frequently. Moreover, because the process of PC slowdown begins right away—due to regular program use and routine Windows updates—even a PC that’s just a few days or weeks old could benefit from a quick re-tune.

Myth #5: When a PC slows down, it’s almost always due to spyware.

Fact: Modern spyware usually impacts a PC no differently than any other piece of software.

Most people are aware that they need to be vigilant against spyware, and rightly so. Spyware is designed to install itself and run on a PC without the user’s knowledge. While sometimes this kind of malware can be merely annoying—by causing irritating pop-up ads and unnecessary toolbars to clutter your desktop—other types can be far more sinister. Some malware programs are designed to spy on your computer activities in order to record and steal your private information.

Because spyware programs are intended to take your information without your consent, they are engineered to be as invisible and unobtrusive as possible. As a result, spyware often does not impact your PC any differently than regular, non-malicious programs. It’s not in the spyware programmer’s interest to slow down or “kill” your PC—they want to continue using your PC to gather information about you for as long as possible.

If your PC gets too cluttered with too many spyware programs, however, the accumulation and operation of these unnecessary and unwanted applications can create a significant drain on the computer’s resources—just as having too many regular programs installed on a PC can clutter up and thereby slow down overall system speeds. In short, while the accumulation of spyware may certainly contribute to poor PC performance if left unchecked, a computer that is completely virus-free will often still run just as slowly as one that is infested with malware, due to fragmentation, registry errors, and clutter that accumulates with regular everyday PC use.

Fact: A well-maintained PC will run at peak performance for years.

The myths surrounding the problems of PC slowdown can be quite alarming. While many rumors and “scareware” ads promote the idea that the only cause for dramatic PC slowdown is total system failure or a harmful virus infestation, the truth of the matter is that the performance of a slow PC can be dramatically improved by basic PC maintenance.

PC slowdown isn’t usually caused by a traumatic, invasive event—and it doesn’t mean that you need to take your computer in for expensive repairs or abandon it altogether. More often, keeping your PC regularly cleaned up, tuned and optimized with System Mechanic’s suite of powerful performance tools can effectively reverse the process of PC slowdown. You can make computer care even easier by enabling System Mechanic’s patented ActiveCare® technology to run all necessary repairs and optimizations automatically whenever your computer is on but not being used, so your PC will stay up to speed for many years to come.